I want to preface this article by stating that I am not an SEO expert. I accept that there are people much smarter than myself…which is why, when I really need Search Engine Optimization work, I call in the professionals. However, I am just dangerous enough to understand how it all works in simple terms.

First, you should know that Google has a habit of giving their enforcement algorithms cute animal names…which is such a Google thing to do.  And they’ve been throwing bigger and better animal bombs at webmasters since 2011 with the birth of the Panda. Then along came Penguin and  Hummingbird, algorithms designed to give us nightmares.  In all fairness, these Google Search algorithms were legitimately developed to improve the user experience by eliminating useless pages and irrelevant site links that aggravate users and clog up the internet. As web users, we genuinely appreciate the effort, but as content creators, the animals keep us on our toes.

SO WHAT ARE THE GOOGLE PANDA, PENGUIN, AND HUMMINGBIRD?

Google Panda was released in 2011 and it was named for one of the lead software engineers who helped make the breakthrough. The goal of Panda is to lower the rank of the poor quality sites and move higher quality sites to the top of the search rankings. Think of it as a quality filter. 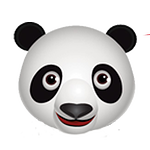 You can’t just fake it until you make it anymore and Panda helps prevent web pages from artificially manipulating their way into higher page rankings by faking content. “Content Farms” were notorious for this, sites that have a ton of user created pages all with different content lumped under one site. Panda targeted sites that had a very high percentage of duplicate content, high bounce rates, a large number of irrelevant ads, a higher percentage of boilerplate content, etc. Panda sought to level the playing field for good content creators.

The Google Penguin update was released in 2012. As far as we can tell, Google didn’t give a good reason for the name. After asking several times for a name (SEO expert writers proposed calling it Titanic), Google officially released the name

Penguin very shortly after. So what does this cute little bugger do?  Penguin assures that in a search, the more quality links a site has connected to its content, the more relevant the site becomes and the higher it ranks. Many web pages were using “paid linking” to fake these links and move to the top. “Doorway pages” and “link exchanges” were sites that people could pay to have links connect back to their site, in many different areas, to enhance their ranking. Penguin targeted the link bombers, doorway pages, and link farms and really didn’t affect the average person.

Now here comes Hummingbird, the latest update from Google. Named for its speed and accuracy, Hummingbird is Google’s most common sense update that will affect the majority of searches. Hummingbird is designed to glean the logic and context from a user’s search, instead of just combinations of words (the common method up to this point).

The algorithm now attempts to match a complete phrase and give the user the most accurate results related to what the user is actually looking for. Many web page owners are going to have to make some significant adjustments to keep their sites relevant now.

So if you’re asking yourself, How do I help my Google search rank? The answer is: there’s never a quick fix because it takes a good amount of time with consistent, quality content creation. This should help steer your ship.

The main goal for your website should be to encourage visitors to spend time there. This is accomplished by creating simple and relevant content that they want to read about. If you are talking TO them and not AT them, then you should be Hummingbird ready. Visit our other blogs to learn more!

MARKETING MISTAKES | HOW APPLE FELL FAR FROM THE JOSHUA TREE